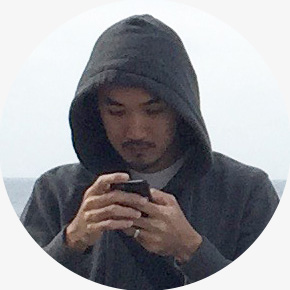 At Hex, we always use Google Apps for our clients when we set up a hosting service for them. They'll be able to send emails using their own domain while taking advantage of Google's email infrastructure. Excellent features like anti-spam and Gmail's UI for accessing email has been invaluable.

All these that comes for free has sadly come to an end. The only good news is that if you've previously signed up for free, you can keep using it for free.

Writing emails for your startup

It's often easy to overlook a simple reminder about what your product does when sending out a newsletter to your users. Especially when you've not been frequently keeping in touch with them.

Also, if you use a 'no-reply' email, it's just adding insult to the injury.

It goes to show how much you want to hear from your users. Just because big companies does it, doesn't mean you should.

That reminds me of silly 'terms & conditions' appended at the end of your email signature. Well, let's not go there.

When you have an idea for a startup, ask yourself: who wants this right now? Who wants this so much that they'll use it even when it's a crappy version one made by a two-person startup they've never heard of? If you can't answer that, the idea is probably bad.

This resonates with me so deeply.

The night before I launched Sendy, I was about to turn in for the day. I finished the last bits, wrapped the code up in a zip, uploaded it to our server and blasted out the email (with Sendy of course) I've prepared earlier to all our mailing lists from SUBERNOVA & MockVault.

Then i went to bed. Minutes before I fell asleep, I received a notification that someone bought Sendy! The excitement of receiving the first sale from your newly launched app is pure happiness. Someone actually voted with their wallet! Then, another one came in.

I decided to check my iPhone to see if anyone was talking about it on Twitter. I saw a LONG list of tweets all pointing to Hacker News.

I immediately got up, turned on my computer and bought Shaun Inman's Mint to check the analytics to Sendy's site. Hits from Hacker News came pouring in right when I got Mint set up. It was then I realized Sendy was on the front page of Hacker News. As I checked the comments on the site, more copies were sold.

I've been a long time user of Mint. For every new website I set up, I will buy a license and install Mint for analytics.

I've never been able to find an elegant theme for Mint until I discovered Spearmint from Shawn Blanc's blog.

Installed. Using it and loving it.

You can do it alone

Ryan Carson, founder of Treehouse talks about how it's possible to build a successful startup - alone. Alone, in the sense that you don't need a co-founder.

While I agree more people may hinder decision making or even cause unhappiness over work schedule differences, not having someone else for emotional support at times of 'low' can equally be an issue.

Running a product used by hundreds to thousands of people is not easy. The larger your active user base, the harder it is to manage. And when a few very vocal users starts screaming at you, it's hard to keep the spirits up. They can sometimes be destructive and they can make or break your business. What you need is someone who can give you that emotional support needed to ride it through.

An excerpt from an ex co-founder of Y Combinator:

The low points in a startup are so low that few could bear them alone.

This is especially true and it makes having that 'one other' vital to a more successful journey.

The art of selling

A story of how Dan went from zero interest to spending over $100 on skin care products as a result of being a subject of the art of selling.

A lot of lessons to be learnt and can be applied to whatever you may be selling.

I've read about these Israelis raking in thousands of dollars by selling skin care products on push carts. If you've always wondered how effective their selling skills are, wonder no more.

Some thoughts about musings about making things for the web

Oatmeal, you nailed it.

Wordpress started out as a platform for blogging, but it's now so much more. It's powerful, maybe "too powerful" for some.

People who just want a platform strictly for blogging will appreciate Ghost. Though not available yet, it will be interesting to see how this unfolds.

I've always been a fan of Amazon Web Services (that's why I built Sendy!). Arq (Cloud Backup for Mac) now supports Amazon Glacier, a low cost storage service (even cheaper than S3) for infrequent data retrievals. Which makes it good for backups.

With Glacier you can store 100GB for just $1/month! Or store a terabyte for just $10/month!

If you're looking for a low cost backup service from a provider you can trust, don't overlook Arq + Amazon Glacier.

Years ago when I would buy every new shiny device Apple release, I never thought this would ever stop. When Apple released the first iPhone in 2007, there was no 3G. I bought it anyway, even when it was ‘US only’. I paid a huge sum to an eBay seller just so I can own it. Some say they would buy it only when the 3G version is released. I couldn’t understand. The new iPhone, even without 3G or third party apps was just too difficult for me to pass.

It’s a different story now. Whenever Apple releases a new class of device, I intentionally hold myself back. That’s because I’ve finally concede to the fact that the first generation of products are always laden with problems. As a web / application developer, the first version I ship are always inadequate. It’s not that I intentionally ship software clad with bugs, it’s because I can never expect the problems that emerge with real world usage.

That applies to Apple as well. Look at the disastrous iOS 6 Maps debut and iPhone 5 camera glitch. iOS 6 and iPhone 5 are completely new and you bet there are many things to be learnt by Apple when developing later versions.

I previously owned a late 2008 Macbook Pro when it was first introduced. It had a completely new chasis – unibody. And as usual, Apple tout it as the fastest Macbook Pro ever produced. And little do I know, new iterations of the Macbook Pro was eventually released at an alarming rate. It got better continuously over a very short time rendering my first generation unibody Macbook Pro completely obsolete. Not to mention the slew of problems that slowly appear with regular use.

So when the first generation of Retina Macbook Pro was announced, I told myself not to get it until the next iteration, at the very least. It’s extremely tempting knowing that the whole screen is retina. It doesn’t help either when I find myself playing with it like I’ve never seen it before whenever I visit an Apple store.

The iPad mini is the next product I am resisting. The next version will no doubt have retina display. I can already visualize the team at Apple introducing it at the next keynote – “The NEW iPad mini – with retina display”. And people will be buying it in droves. And I will be one of them.